He looked around at them one by one and then said to the man, “Hold out your hand.” So the man held out his hand, and it was restored! All eyes were on Jesus, but not all were looking to see what great thing He might do next. There were skeptics in the crowd who wanted to do nothing but catch Jesus in a trap. They weren’t interested in anyone being healed, they just wanted to protect their religious traditions. For the man needing to be healed, he was faced with a choice. As Jesus called him to the front[…]

END_OF_DOCUMENT_TOKEN_TO_BE_REPLACED 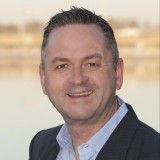